Our Pride Our Festivals

This is the longest Hindu festival in Nepal & India, traditionally celebrated for two weeks with prayers and offerings to Durga, the Universal Mother Goddess. The great harvest festival of Nepal & India, Dashain is a time for family reunions, exchange of gifts and blessings, and elaborate pujas. Dashain honors the Goddess Durga, who was created out of the shakti or energy of all the gods, armed with weapons from each of them. Goddess Durga, symbolizing valor and prowess, is worshipped and offered sacrifices to ensure the devotees' progress and prosperity. During the first ten days, pilgrims flock to various river confluences early in the morning and sacred shrines in the evening. Ghatasthapana, Phool Pati, Mahaastami, Nawami and Vijaya Dashami are the series of the events under Dashain each marked with a different set of rituals. During Dashain, men and women in their fineries visit their elders to seek tika (a dab of red vermilion mixed with yogurt and rice) accompanied by blessings. Sword precessions (Paayaa) are also held in various part of the Kathmandu Valley. A large number of animals are officially sacrificed at Hanuman Dhoka during Nawami which is attended by officials, invitees and visitors. During the ninth day, the Taleju Temple which is normally out of bounds is also open to the public. The last day, known as Kojagrat Purnima, is the full moon. New clothes, home visits, grand feasts, kite flying and village swings are the highlights of Dashain. Around this time the population of Kathmandu is greatly reduced as many head home to various parts of the country. On the tenth day known as Tika, people are seen moving around with their foreheads covered with rice tika, wearing new clothes. There is much feasting as people visit relatives’ homes to receive tika and blessings.
This year Dashain starts on 21 Ashoj 2078 as Ghatasthapana and the Vijaya Dashami is on on 29 Ashoj 2078 as Dasara in India starts 7 october 2021 and ends on 15 october 2021. This great festival celebrates in 9 days so people also called it Navaratri, praying the 9 goddess Durgas each day.

Nepali people follow their own calendar system known as the Bikram Era or Bikram Sambat. New Year is called Nava Varsha in Nepali language and is observed as an official holiday. The day usually falls in the second week of April. During this occasion people go for picnics, have get-togethers and celebrate the day socializing in various ways. Various rituals are conducted and yearly annual carnivals like Bisket Jatra, Sindoor Jatra and Bode Jatra are passionately carried out to welcome the New Year in traditional style. New Year's Eve events and parties are also organized at clubs, hotels and restaurants for party lovers. Bikram Sambat is 56.7 years ahead of the solar Gregorian calendar. It uses lunar months starting from Baisakh in mid April, Jestha in mid May, Ashar in mid June, Shrawan in mid July, Bhadra in mid August, Asoj in mid September, Kartik in mid October, Mangsir in mid November, Poush in mid December, Magh in mid January, Falgun in mid February, and Chaitra in mid March. 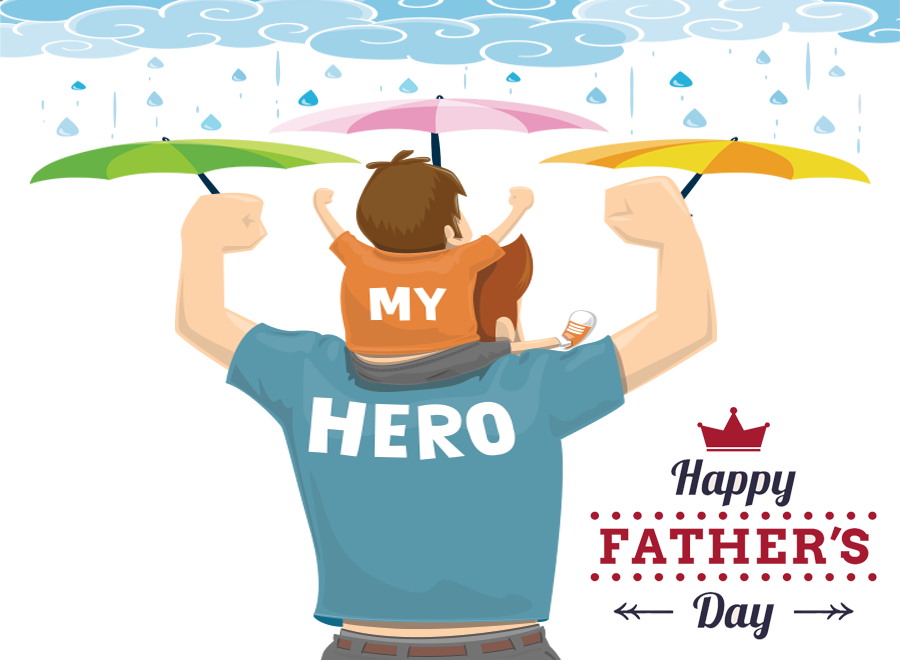 A day honoring all fathers, grandfathers and father figures for their contributions to us. Its a celebration day for every father from his childerns. Father's Day is also known as "KUSHE Aushi" in Nepal. Those with nofather performs a ritual process called "pitri shraddha". Its a special day to make feel all fathers that they are how important to their child and a great day to thank them for their sacrifice and contribution. To celebrate the special day we have fathers day status, fathers day in nepal, when is fathers day, happy fathers day so you can express your love and care to your loving dad. Make the Father's day a very special day.


Fathers Day celebration is for