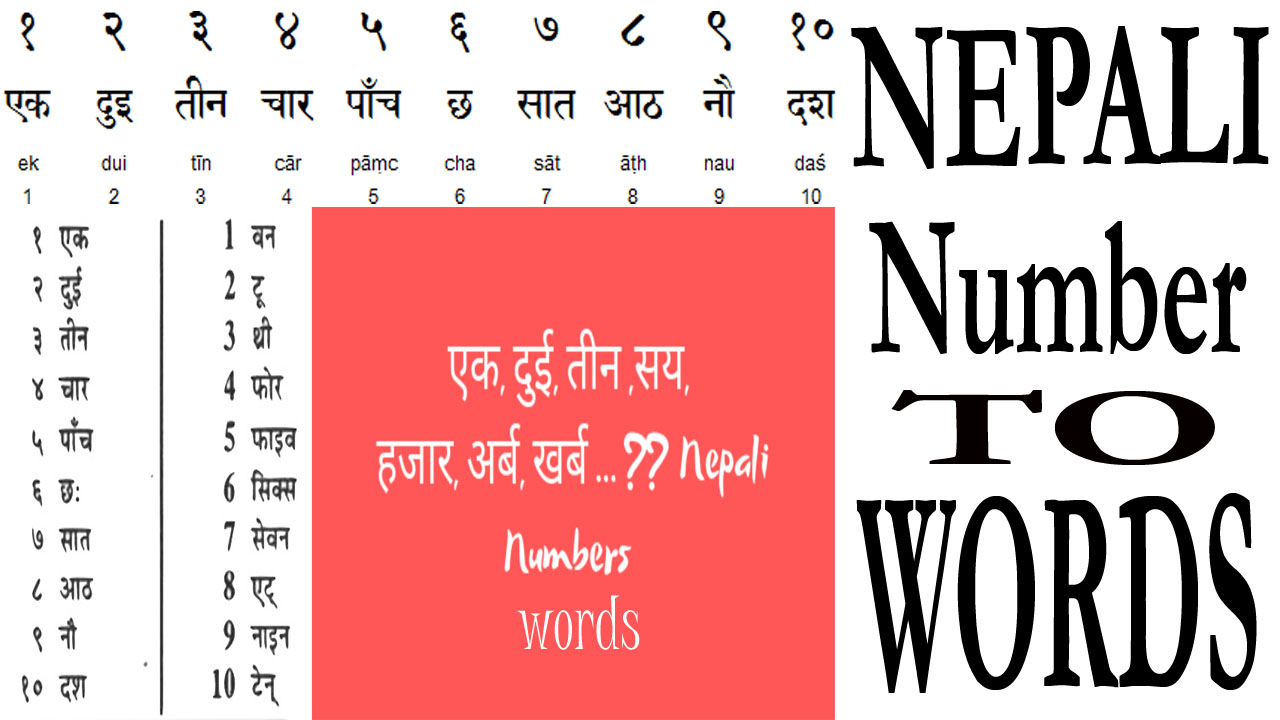 The Devanagari number is used in Sanskrit, Nepali and Hindi languages. Nepal have used the Devanagari numerals in first three and then two-two counting system, like first three numbers as "SAYA" (,000) for eg. 123 its prounced as "100" One Hundred and the first "23" as combined "twenty three". If the number is more than 3 digits like 12,34,567 comma is used as 3 in first and two-two in then its prounced as 12 Lakh, 34 Hajar, 5 SAYA Satsatthi. As the roman system follows all three-three counting as Hundred, Million, Billion. But Number in Nepali language is different and unique. While converting number from Nepali to English or English to Nepali we may have confused the counting system. NEPALI NUMBER IN WORDS helps you to easily convert the numbers from one script to other. This converter will convert numbers to words in both NEPALI and ENGLISH language. The number to words can be done for real numbers and Scientific E Notation. Limited to use of 13 characters and 1e12. In case of decimal it works two decimal only (XXX.XX).

As Devanagari numerals system follows first three and then two-two counting system, that is to say 'TEN' for all upper level counting. We have made a table of every tenth level of all Devanagari Number for better learning.